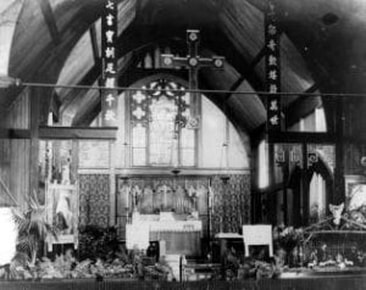 In 1902, with the blessing of The Rt. Rev. Henry Bond Restarick, the first American Bishop of the Missionary District of Honolulu, Deaconess Emma Britt Drant began a new ministry among the growing Chinese population of Honolulu’s Palama district. William A. Procter, of Cincinnati, Ohio, generously supported Deaconess Drant in her ministry. Mr. Procter later donated $5,000 to purchase the property at 720 N. King Street to establish St. Elizabeth’s House. St. Elizabeth’s House first served as a settlement house and school.  Deaconess Drant, assisted by volunteers from St. Peter’s Church, set up English language and vocational training classes for young men and women, Bible classes and a youth choir were developed. Many were baptized by Deaconess Drant.

On September 16, 1904 groundbreaking cermeonies were held for St. Elizabeth’s Church. It was a wooden-frame church named in honor of St. Elizabeth, the mother of St. John the Baptist and for Charlotte Elizabeth Procter, Mr. Procter’s late wife.
ST. ELIZABETH'S BEGINS TO GROW

​The Rev. William E. Potwine (d. 1917) was appointed as St. Elizabeth’s first vicar. The majority of the membership was Chinese, however, St. Elizabeth’s Mission continued to reach out to the Japanese, Hawaiians, and Koreans. St. Luke’s (Korean) Church on Judd Street had its early beginning at St. Elizabeth’s. The Rev. Woo Yee Bew and Rev. Keib also served St. Elizabeth’s growing congregation. 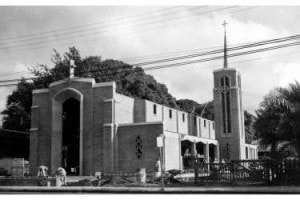 In 1945, under the energetic and inspiring leadership of the Rev. Canon Wai On Shim, St. Elizabeth’s Church became a self-supporting parish in the Missionary Diocese of Honolulu. As the congregation grew rapidly, thanks to its unique Church School program and the high birth rate during the post-World War II era, the need arose for a larger church building. On Palm Sunday 1952 the present church was dedicated by Bishop Harry S. Kennedy. It was the first church building in Hawaii to be equipped with central air conditioning. The original, termite-eaten church was demolished to make room for Shim Hall, a school building which housed St. Elizabeth’s kindergarten and elementary school through grade 4.
​The Rev. Gerhard Laun succeeded Dr. Gifford as rector. In 2004 Rev. Laun retired and a six-month interim pastorate ensued with the Rt. Rev. Bob Jones, retired Bishop of Wyoming and former Dean of St. George’s College, Jerusalem. The Rev. Jodene S. Hawkins was called to serve as Priest-in-Charge in 2004, and then in September 2006 to serve as Rector. She and husband Kit began a reading program for neighborhood children that quickly blossomed into a large Sunday school. Community and neighborhood connections and ministries with youth and elders were re-established at St. Elizabeth’s under Mother Jodene's guidance.
Mother Jodene retired on September 1, 2009, and the Rev. David J. Gierlach was called to be the next Rector of St. Elizabeth’s. Under Fr. David’s leadership, St. Elizabeth’s has four ethnic choirs that add joy to the Sunday Mass, in addition to our wonderful Bell Choir and children's choir, (musical director Ajaon Chen), hosts the Catholic Worker though Wallyhouse, providing many services for those in need in our community,  including a daily food pantry, delicious Saturday breakfasts and Tuesday hot lunches, Laundry services for the houseless;  a community peace garden with aqua and hydroponics and is actively involved in social justice organizations and causes.
St. Elizabeth’s lives out her life of worship and service rooted and grounded in the love of God and God’s call to love one another as God loves us.  Our worship follows the American 1979 Book of Common Prayer.
​An article called “The First Fifty Years of St. Elizabeth’s Church, Honolulu” was written by C. Fletcher Howe in 1952 and can be read by clicking here.

The History of The Diocese of Hawai'i 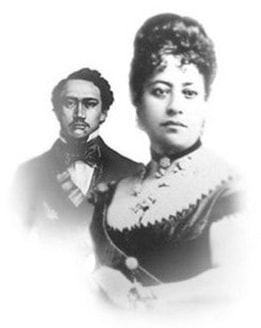 ​The Episcopal Church in Hawai'i began in 1862 when King Kamehameha IV and Queen Emma invited the Church of England to Hawai‘i. The King and Queen supported the Church's establishment throughout the islands with gifts of land, and by founding the Cathedral of St. Andrew in Honolulu. Queen Emma also founded Queen's Hospital (now Queen's Medical Center) and St. Andrew's Priory School for Girls in Honolulu.

The last Queen of Hawai'i, Queen Lili'uokalani, depended upon the spiritual support of the Episcopal Church during and following the overthrow of her reign in 1893.

The Missionary District of Honolulu originally included the Hawaiian Islands, as well as Guam, Okinawa, Taiwan and Kwajalein. It became the Diocese of Hawai'i in 1969 and now consists solely of the State of Hawai'i.

The Diocese is made up of people who are native to Hawai'i and from everywhere else in the world who worship according to the Book of Common Prayer, 1979. Even though we are Episcopalians, our friends and other members of our families may worship as Roman Catholics, in a variety of Protestant faiths, as well as Buddhists, Shintoists, Mormons, Jews, Hindus and in traditional Hawaiian and other native ways. We hold our cultural and religious variety in respect.

Worship in the Diocese fits the heritage, language and experience of the parishioners. Congregations in the Diocese have formed based on various ethnic groups, such as Hawaiian, Chinese, Filipino, Japanese and Korean. The Eucharist is celebrated regularly in Hawaiian, complete with Hawaiian language hymns. The Diocese celebrates annually, King Kamehameha IV and Queen Emma Day —the Feast of the Holy Sovereigns —on November 28.